Ten Celebrities Who Cope with Depression

Being a celebrity doesn’t mean leaving your emotions in check at the door. The stress and pursuit of the paparazzi – the relentless grind and public expectations – can cause those who are always in the spotlight to lose their sense of self. Celebs who distance themselves from the real world and their connections outside the public eye can cause them to become lonely, depressed or even suicidal. If Robin William’s death taught us anything, it’s that depression can affect anyone, even the rich and famous. Here are 10 other celebrities who struggle – or have struggled with – depression.

Depression and thoughts of suicide have haunted Springfield since the age of 17, when he first tried to hang himself. This brush with death (the rope he tried to hang himself with snapped and broke) brought him to the realization that life and music were undeniably precious—they were his purpose. Despite that, as he said in a recent interview, “Suicide has always sat upon my shoulder.” The singer eventually went through therapy, uses meditation to help with his depression and cherishes the support his family provides. Springfield urges kids who are going through dark times to stick it out. “I really would love to say to the kids on the edge, I know what it’s like. You just want out. You want the pain to stop. Give yourself a year,” he said on “Good Morning America.” “Your life will change. Nothing remains the same. I would have missed out on a lot of amazing stuff in my life.”

Funnyman David Letterman has led anything but a carefree life. In an interview with Oprah Winfrey, the comedian opened up about his fight with depression. For years, Letterman suffered from low self-esteem, and fractured attempts to climb to the top in the cutthroat world of late-night television only made things worse. According to Letterman, his competition with Jay Leno for Johnny Carson’s coveted television spot on the “Tonight” show caused him to turn from the “decent guy” he knew himself to be into a person who slept with staff members (including a long-term affair with one assistant). He sank deeper into depression – which he describes as a ‘sinkhole’ – until an extortion scandal forced him to confess to his wife and make a very public confession on his television show. He sought help, and, as he put it, “Antidepressants saved my life.”

When Winona Ryder was just 18 years old, she appeared to have it all: beauty, a blossoming career and a widely-publicized love affair with Johnny Depp (her co-star in the movie “Edward Scissorhands”). Then, suddenly, Ryder’s relationship with Depp ended, and at the age of 19, she sank into depression, drinking to fight insomnia and “debilitating anxiety attacks,” as she shared in a 2000 interview. After she accidentally set herself on fire when dozing off while smoking, Ryder decided to deal with her depression. With the help of a therapist, she fought her way to recovery.

Most artists start re-examining their legacy at some period during their careers. Some seek to change the direction of their music, while others let their talent carry them in new paths. When 9/11 hit, Billy Joel was thrown into a deep depression, losing his faith in humanity and questioning life, as he shared in a 2013 interview. He turned to drinking and had several car crashes, even going to rehab. Then, one shining moment restored that faith. “That girl who was shot by the Taliban [Malala Yousafzai],” he says, “she is the antidote. We need people like that. I get inspired by people like that.” Joel now lives quietly with his girlfriend, writing music for himself, largely untroubled by the public. The Piano Man has returned to his first love – making music .

Emma Thompson says she has suffered from clinical depression since first appearing on stage in “Me and My Girl” in the 1980s. When she and husband Kenneth Branagh drifted apart and eventually divorced after his affair with Helena Bonham Carter, Thompson again sank into a deep depression. She went through the motions for the sake of her career, hiding and crying in private and emerging from her dressing room to shine in her various roles for the public. Writing “Sense and Sensibility” gave the actress a new sense of direction and purpose, and kept her going each day as she fought the voices in her head that kept chastising and criticizing her. As she put it, “That punitive conscience is part of my psychiatric problem.”

In a 2011 interview with People Magazine, actress Catherine Zeta-Jones revealed to the world that she suffered from bipolar II disorder, which causes severe depression without the manic highs of bipolar I. “This is a disorder that affects millions of people and I am one of them,” the 45-year-old actress shared. “If my revelation of having bipolar II has encouraged one person to seek help, then it is worth it. There is no need to suffer silently and there is no shame in seeking help.” She checked herself into a mental health facility for treatment after finding herself sinking deeper into depression after her husband, Michael Douglas, was diagnosed with and treated for throat cancer. As the article put it, “He recovered, she didn’t.” After finding the help she needed, she continues therapy while resuming her role as mother, wife and actress.

For over 15 years, actress Carrie Fisher (a.k.a. Princess Leia) has been an advocate for the cause of mental illness. She publicly described the battle of living with manic depression as she suffers from bipolar II. Fisher has fought battles with her weight, depression and substance abuse. “A manic phase is not predictable,” she stated in an interview with USA Today. “The last time, I hacked off my hair, got a tattoo, and wanted to convert to Judaism.” So she got professional help from a therapist and came to terms with living with mental illness. Her work as an advocate helps her help others by sharing her experiences and the ways she overcame her own struggles.

“Mad Men” star Jon Hamm suffered from chronic depression beginning at the age of 20, after his father’s death. Hamm admits he found solace in friends, structured organization – balancing his time between school and work – therapy and medication. In 2010, he told a UK magazine, “I did do therapy and antidepressants for a brief period, which helped me. Which is what therapy does: it gives you another perspective when you are so lost in your own spiral, your own bullsh*t It helps. And honestly? Antidepressants help! If you can change your brain chemistry enough to think: ‘I want to get up in the morning; I don’t want to sleep until four in the afternoon. I want to get up and go do my sh*t and go to work and…’ Reset the auto-meter, kick-start the engine!” 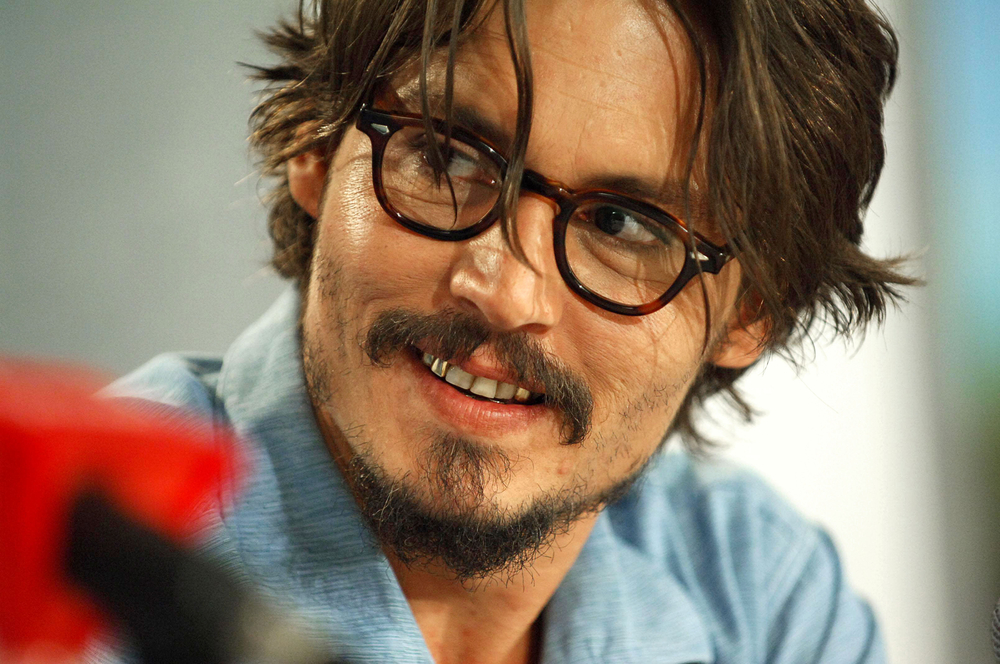 Johnny Depp has battled social anxiety for as long as he can remember. His quiet demeanor and shyness are symptoms of this disorder, as are his discomfort and abrupt answers to questions during interviews. When acting, he – as do many actors – becomes his character, thus minimizing the symptoms of the disorder, but when he is forced to face the world as himself, it’s a different tale. Professional therapists have taught Depp to face the constant onslaught of the press without resorting to coping mechanisms such as drugs and alcohol by using relaxation techniques.

This star of the “Supernatural” television series shared his struggle with depression in March, 2015. Padalecki spoke candidly of his breakdown on the set one day, and a doctor’s diagnosis of clinical depression. He had no idea why: He had a loving family, supportive friends, dogs that he loved as his loyal companions and his dream career. After talking to his friends and family, he decided to deal with the reality on a day-to-day basis, and with their help, he slowly took on the task of inspiring others who suffer from this condition. He is a passionate advocate for the cause, supporting various charities including launching a t-Shirt campaign to benefit the nonprofit To Write Love on Her Arms (TWLOHA), an organization that supports those dealing with depression, addiction, self-injury and suicide. I want people to say to themselves, “‘I’m going to win this fight.’ Even if there are a thousand small fights, even if every other minute you’re thinking about suicide, or depression, or addiction, or if you have mental illness, I want people to hit it head on and take action. And to be proud that they’re winning their fight, period.”